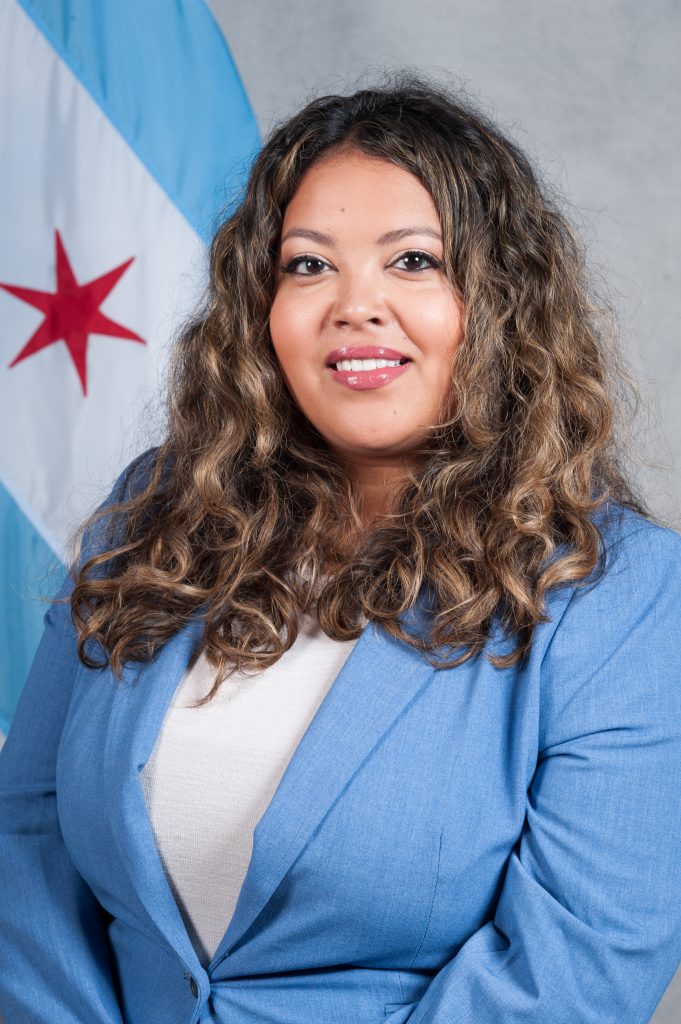 CHICAGO — Mayor Lori E. Lightfoot today announced that Nubia Willman will serve as the City of Chicago’s Chief Engagement Officer for Community Engagement. As a dynamic and innovative attorney, Willman has a proven record of building relationships with diverse stakeholders, designing successful policy campaigns, and implementing strategies to better serve the residents of Chicago.


“Since the early days of my administration, Nubia has been a pillar in our efforts to ensure Chicago is a welcoming city to all,” said Mayor Lightfoot. “Nubia is an incredible leader who advocates for all residents, immigrants, and working families. I am profoundly grateful to have her on my team and welcome her into her new role as Chief Engagement Officer for Community Engagement. I have all the confidence that she will continue going above and beyond to proudly serve our residents and communities.”


Prior to becoming Chief Engagement Officer, Willman joined Mayor Lightfoot’s administration in July of 2019, as Director of the Office of New Americans, where she helped advance Chicago’s status as a global welcoming city by supporting economic development opportunities, providing community well-being initiatives, and increase the level of civic engagement within Chicago’s immigrant and refugee communities. Under this role, she was able to oversee Chicago’s Legal Protection Fund, a $2.5 million program that provides free legal immigration representation. Willman also collaborates with City departments and agencies to increase language access. Under this role, Willman also co-led the Cities for Action, a coalition of more than 150 mayors and county executives advocating for immigrant policies. In an effort to further engage the City’s Latino population, Nubia also produces the Spanish segment “Como Estamos, Chicago?” to inform Spanish-speaking residents about the many initiatives the City of Chicago creates.


In January of 2022, Willman became the First Deputy of the Mayor’s Office of Community Engagement where she provided guidance and support on policy programs, while also managing special events, city-wide engagements, and maintained internal and external relations across City departments and key stakeholders, as well as developing national partnerships and responding to federal policies that impact immigrant and refugee communities.


“I am grateful to the City of Chicago and Mayor Lightfoot for the opportunity to represent my immigrant community with the highest honor and being named the new Chief Engagement Officer for the Office of Community Engagement,” said Nubia Willman. “Through my work, I will continue to strengthen the ties with our communities across the City and ensure that all people are represented and treated fairly, with justice and respect.”


Prior to joining the Mayor’s office, Willman was a supervising attorney at Legal Aid Chicago, Immigrant and Worker’s Rights Practice Group between 2010 through 2018. During this time, Willman provided free legal services to individuals living with low income. The Immigrant Worker’s Rights Practice Group represented immigrants with undocumented status, human trafficking survivors, and precarious workers in all industries throughout the state of Illinois.


Willman has published articles, media assets, and podcasts about equity and inclusion in the legal field and gender bias in the workplace as well as creating marketing and content strategy to increase diversity in the legal field.


Beyond her role in the Mayor’s Office and as an attorney, Willman was also an instructor at Loyola University Chicago School of Law where she taught Inaugural Profession Identity and Formation in the fall of 2018. She was admitted to the State of Illinois Bar exam in November 2010 and was admitted to the United States District Court for the Northern District of Illinois in September 2016. Willman received her Law Degree from Loyola University Chicago School of Law in May 2010 and received her bachelor’s degree in Arts in 2007 from Valparaiso University in Indiana.


When she is not working, Willman likes to enjoy playing with her two cats, Cici and Javert.